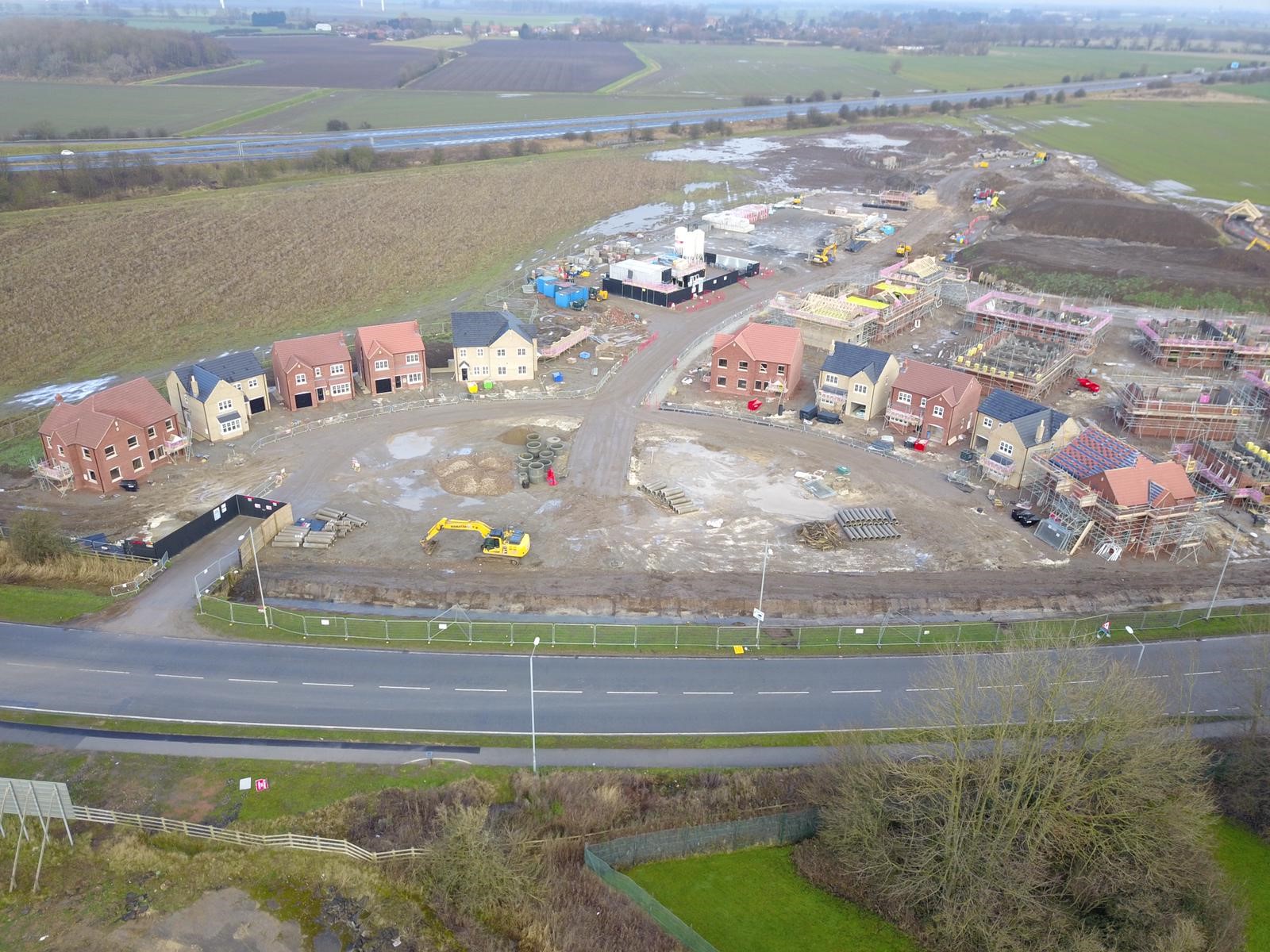 A transformational development by Beal Homes in Goole is taking shape, with construction well advanced on the first properties.

The Greenways off Rawcliffe Road is the largest residential development in the town for decades and will see Beal invest £130m over the next 12 years, making it the biggest single scheme in the family-owned housebuilder’s history.

A key element of the town’s exciting regeneration, The Greenways will ultimately feature 800 two, three and four bedroom contemporary homes on a 73-acre site.

The first 60 homes to be released all sold off plan, indicating the huge demand for the new homes, with the first residents preparing to move in over coming months.

The next phase of 60 more homes is expected to be released in the next few weeks and potential buyers are being urged to add their names to the growing registration list to ensure they don’t miss out.

Sue Waudby, Beal Sales and Marketing Director, said: “The Greenways has generated a great deal of excitement and anticipation and this has intensified with the first phase of the development now taking shape.

“Several of our first buyers can see their new homes are now structurally complete and are looking forward to moving in over the next few months.

“This development will play a key role in the transformation of Goole and provide the high-quality, contemporary homes wanted by local residents and the increasing number of people drawn to the area by the unprecedented wave of investment being seen across the town.”

The Greenways will feature Beal’s full range of house types, including the two bedroom Tribeca and Gramercy homes, three bedroom Butterwick and Pickering properties and four bedroom Langdale and Haxby homes, with prices ranging from £145,000 up to £300,000.

First-time buyers Ryan Fielder and Becky Walker were the first to reserve their home at the development’s hugely successful launch event last year. The couple secured their three bedroom semi-detached Dalby house within half an hour of the opening and are due to move into their new home this spring.

Becky, a Paediatric Therapy Assistant, from Snaith, near Goole, said: “It’s been really exciting to watch our home being built. We’ve enjoyed making all of our choices for our home and it will be lovely see how it all looks when it’s finished.

“Everyone at Beal has been really helpful and we receive regular progress updates. The Greenways is so positive for Goole and we can’t wait to move in.”

Megan Lowe, from Castleford, West Yorkshire, and Adam Fawcett, from Goole, are due to move into their three bedroom Dalby home in June.

Megan, an administrator, said: “We’ve been following the build closely and the drone images we’ve been able to view have been helpful to see progress when we’ve not been able to travel during lockdown.

“I can’t wait for the first people to move in and watch the development come to life. We won’t be far behind them and we’re looking forward to being part of the community.

“We’ve already met a few of our neighbours via social media and everyone is really friendly.”

Beal Homes is at the forefront of Goole’s exciting regeneration and Chief Executive Richard Beal is a member of the Goole Town Deal Board, which brings together public sector organisations and major businesses to secure and direct investment in the town.

The Greenways development supports and complements the creation of hundreds of jobs in Goole by companies such as Siemens Mobility, which is developing a £200m rail manufacturing facility, and chemicals company Croda, which is building a worldwide distribution hub.

Beal is also putting down strong roots in the local community, including sponsoring non-league football club Goole AFC and supporting a two-year programme of community engagement by Goole Tennis Centre.